Want to read more stories about Sioux Technologies? Download our digital magazine below.

Schiphol wants to become the most sustainable and high-tech airport in the world. The slogan ‘We are innovators’ reveals the path they are taking for this. Technological and process innovation take up a central position in achieving this goal. Last September, they launched a world-first in this regard. The airport put a fully automatic double passenger bridge into service. The intelligent heart of this technology is the Automated Docking Add-on Module (ADAM), developed by Sioux Technologies.

‘Everyone in our sector is looking at what we do’, says Oscar Maan, Innovation Manager at Amsterdam Airport Schiphol. ‘Together with a few other airports like Heathrow and JFK, we are setting new standards in the field of security, passenger flow, provision of information and baggage handling. Everything developed and implemented at Schiphol serves as a benchmark everywhere; it is discussed and pursued elsewhere. This will be no different for our fully automatic double passenger bridge.’

Anyone who flies regularly knows that docking a plane to a gate is not always a smooth process. Passengers regularly have to wait quite a while until the doors are opened. This often leaves them packed in the aisle like sardines in a tin, which leads to irritation. But these kinds of delays have other negative effects as well.

Maan: ‘On-time performance is a KPI for Schiphol. Time equals money in the aviation sector. We therefore have financial agreements about this with clients like airlines and baggage handlers. In addition, aircrafts are regularly damaged due to the manoeuvring of passenger bridges. This is not surprising: they weigh many tonnes and are manoeuvred on sight with little margin for error, using a joystick. That also affects our operations and leads to complaints and claims. Eliminating a problem requires you to know its cause. In this case, it is a split between technical failure and human error.

Automation will then be the solution. There were no readymade products available at the time, so we decided to create them ourselves. Our bridge supplier – the Chinese company TianDa – and KLM were natural project partners here. But we soon realized that we would not succeed without a development party with exceptional expertise in the design and engineering of complex robots with intelligent visual systems. Furthermore, there are good reasons to keep the development and production of this kind of critical technology close to home. This resulted in us engaging Sioux.’

The technological core of the new passenger bridge at Schiphol is formed by ADAM. In 2016, Sioux started the development of this module, which can be integrated in existing and new passenger bridges as a plug-and-play add-on. According to Project Manager Annemarie Buddemeijer, the company uses all of its competences in the field of mathematics, software and optomechatronics here.

‘It is an advanced system, if only because it recognizes the two doors to which it should dock all by itself. That is a major accomplishment. Every plane is different: its colours, lettering, size, design, etc. The conditions are also highly variable. Things must go smoothly all the time regardless of positioning, time of day or night, with backlight, in full sunlight, when it rains or snows, when it is foggy, etc. We achieve this by means of two cameras that allow us to see depth.

The computing power of the on-board computer – to ensure the reliability of an autonomous system – guarantees the necessary analysis speed for the 3D data. The intelligent component is a Smart Vision algorithm, which during software development was fed more than 1000 images we collected at Schiphol. But there were other challenges as well, e.g. in the field of communication with the drive unit of the bridge itself. Another aspect is that ADAM is mounted to the head of the bridge. Conditions can be freezing there, but the temperature inside the box can rise to 70 degrees Celsius. In addition to this, you have to deal with vibrations and kerosine fumes. This made climate control and robustness key development themes.’

At the moment, the fully automatic passenger bridge is used for intercontinental flights at Schiphol’s F Pier by KLM and its partners. The trial - during which an optimization step was carried out in a fully operational environment - was already completed in 2019. A decision still has to be made about the intended rollout – Sioux is prepared to manufacture 50 units in 2020.

Maan: ‘The COVID-19-pandemic has hit the aviation sector severely. Organizations are under pressure; the focus is on surviving this crisis. Last year Schiphol received 70 million passengers. At the moment there are a lot less. Revenues are dropping sharply, as a result of which all expenses are being scrutinized, including the budget for the passenger bridge.

But this says nothing about our joint achievement. The pilot was a success. Following the system’s further development, its failure rate must not exceed 1 in 1000 and we are well on our way towards that goal. This innovation is also one of our own developments, directly affects our strategic commitment to achieve operational excellence, serves sector-wide interests and can be applied globally. Whatever anyone says, that joystick will be a relic of the past in due course. We are therefore extremely proud and positive, and Sioux Technologies can be too. Without them we would not have got this far. Let’s hope that we can maintain our momentum and that we will be able to develop a few additional passenger bridges of the future within the foreseeable future.’ 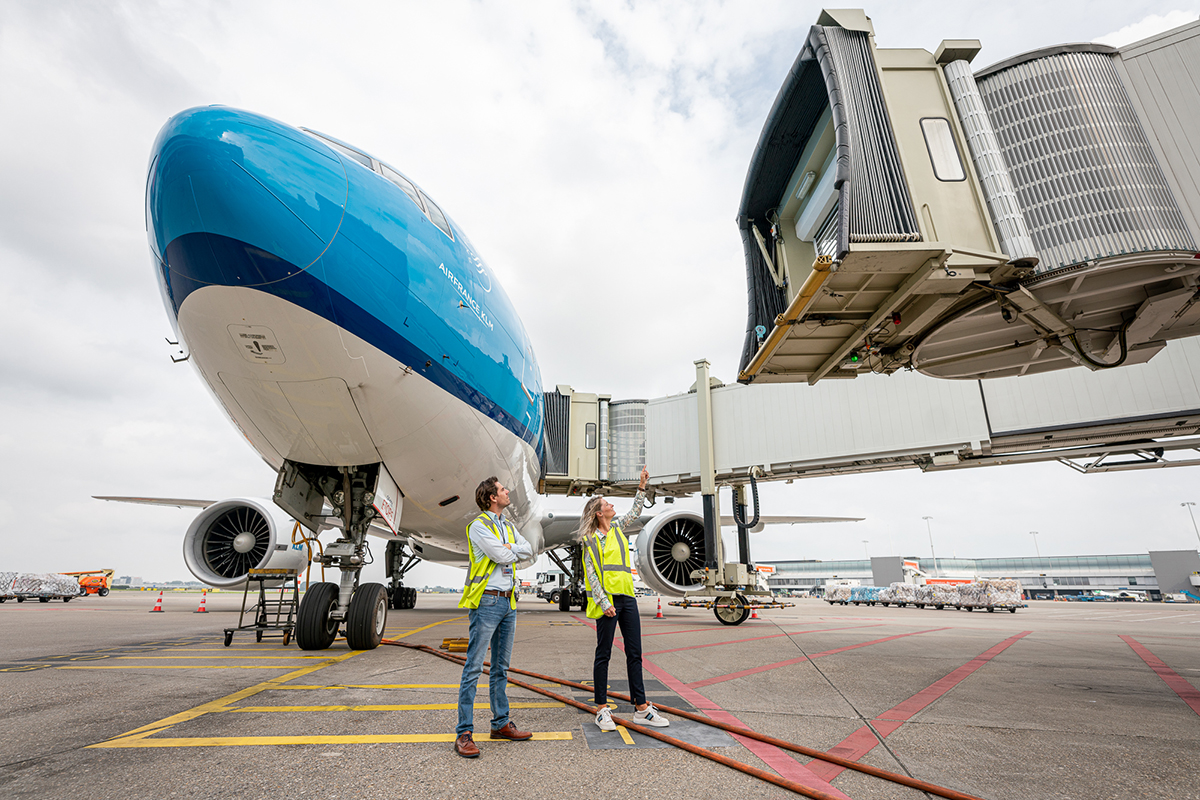